Summer is in full swing, and that means most of us are firing up that backyard grill. If you are shying away from grilling, or just want a refresher course on the basics of grilling, then keep reading. Here are Swap-O-Rama’s top 10 tips for excellent summer grilling. 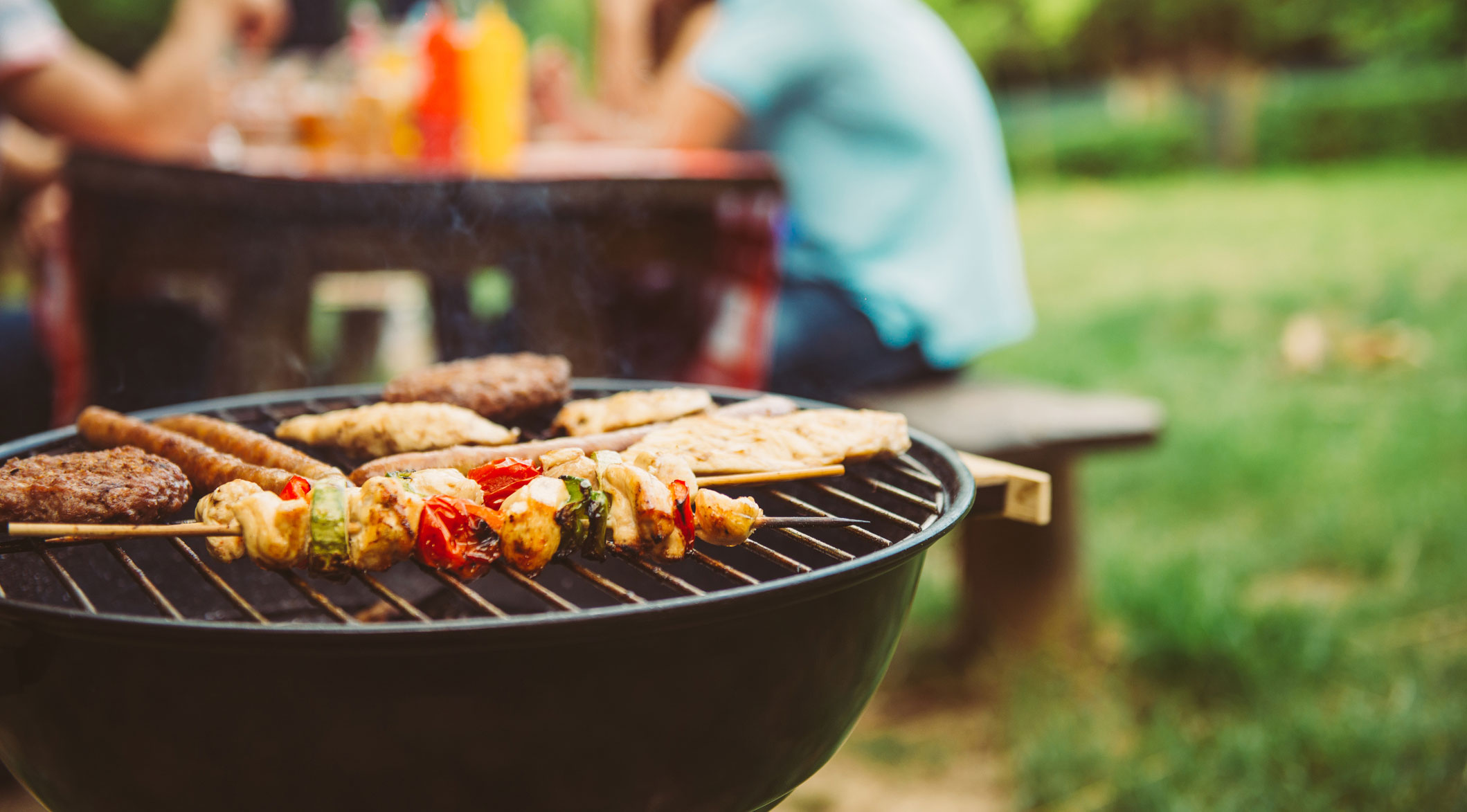 1: Start with a clean grill. Don’t let last night’s salmon skin impart a fishy-char flavor to tonight’s chicken breasts. Use a sturdy metal brush to clean the grates in between uses. (This is easiest when the grill is hot.

2: Don’t move the food around. In general, the fewer times you flip something, the better (once is ideal for most meats). If the meat is stuck to the grill, let it cook more — it will unstick itself when it’s ready for flipping.

3: Don’t squeeze or flatten meats. Yes, I know that burst of sizzling flame that comes from squishing a burger with spatula is tempting. But you know what is creating that flame burst? Fat. And you know what fat is? Juicy flavor. Don’t squish meat, because you will squeeze out the taste and moisture.

5: Buy a meat thermometer. Unless you are a very experienced cook, it is hard to tell meat’s temperature merely by touching it. (Although if you are interested, here’s how to do it: Touch the meat. If it’s soft like the flesh between your index finger and thumb, it’s rare. If it’s soft like your cheek, it’s medium-rare, and if it’s firm like your forehead it’s well-done.) More accurate for most of us: A quick check of temp from a thermometer. Your confidence in grilling will skyrocket with this one $10 purchase.

6: Avoid putting cold foods straight on the grill. Letting meat come to temperature on the counter for 30 minutes before grilling will help it cook more evenly. (If you are looking for a rare sear, however — like if you’re grilling tuna, for example — then chilled is the way the go!)

7: Undercook foods, just slightly. Carryover cooking is a real thing — food continues to cook after it leaves the grill. You can expect food temperature to go up about five degrees after leaving the grill, so plan accordingly.

8: Rest all meat! Allow the meat to sit undisturbed (and unsliced!) for five to 15 minutes after cooking, as this will allow the juices to redistribute. The bigger the piece of meat, the longer the rest time. Resting meat is an important key to juicy results.

9: Don’t over-char to cook through meat with bones. No one wants to eat meat covered in thick, black char. If you have thicker meats with bones, such as chicken thighs or legs, cook them on high heat to get a nice crust, and then move to lower, indirect heat on the grill. This will allow the meat to cook through more slowly without overcooking the outside. Or, consider par-cooking the chicken in an oven for 15 to 20 minutes before grilling. Also great to precook: ribs!

10: Keep it simple when serving a crowd. Managing numerous cook times for different proteins and veggies can easily become stressful, and it can result in errors and overcooking. Keep the protein options down as much as possible, and offer variety in some interesting side dishes, sauces or condiments.

**As an added bonus, here are five tips for how to grill vegetables: 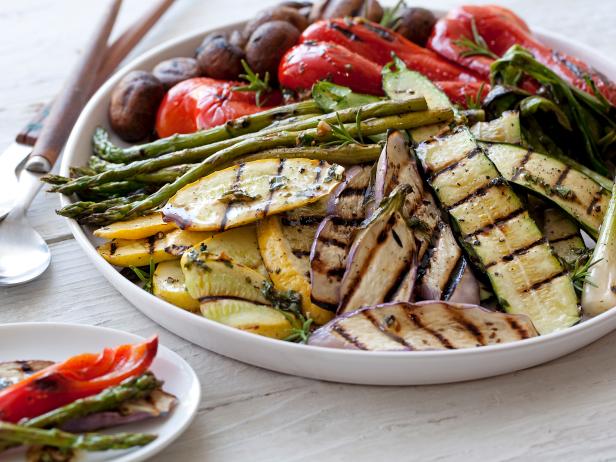 Vegetables dry out when they hit the heat without a little oil. Before putting the veggies on the grill, toss them with a light coating of oil. Don’t use too much—it not only adds unnecessary calories, but dripping oil causes flare-ups and greasy flavors. Plus, tossing them in oil helps your seasoning stick more uniformly.

Some vegetables take a minute or two to cook while others take longer. Denser vegetables, such as potatoes, will take the longest to cook. Keeping them over too-high heat for too long will char them on the outside while keeping them raw on the inside.

To prevent burning, sear vegetables over high heat, then move them to a cooler part of the grill to finish cooking. You can also precook them and just give them a few minutes on the grill to get some color on the outside.

3. Use a Skewer or a Grill Basket for Small Pieces

Cherry tomatoes, zucchini rounds, and mushrooms are great on the grill, but they’re a little unwieldy. To keep smaller vegetables or pieces of fruit from rolling around or falling though the grate, pierce them on a skewer or use a grill basket. If you don’t have a grill basket, fold a 24-inch-long piece of heavy-duty foil in half and crimp up the edges to create a lip; this “basket” will prevent the food from falling through while they still get plenty of smokey flavor.

How you cut your vegetables dictates how quickly they will cook. Cut them into smaller pieces if you want your vegetables to cook more quickly (and use a skewer to keep the on the grill). Cut round vegetables like onions or eggplant into thin “rounds”—you’ll get more surface area, which allows for a crispier outside, and because they’re thin, they’ll cook quickly. Cut long vegetables like squash or eggplants into planks (long, thin pieces) for faster cooking, or cut them in half for low and slow cooking over medium grill heat.

Don’t feel like babysitting your vegetables on the grill? Try cooking them in packets instead. This method works great for dense vegetables like potatoes, sweet potatoes, or other root vegetables. Simply place a 24-inch-long piece of foil on the counter and lightly coat with nonstick cooking spray. Arrange thinly-sliced vegetables on a single layer, slightly overlapping, on the foil. Leave a two-inch border on all sides. Fold foil over and pinch the edges together, making a packet. Place the packet on the grill. Cover the grill and cook until the vegetables are tender (about 12 to 15 minutes, for potatoes). When you open a packet to check doneness, be careful of steam.